Kevin Blackwood was a high-stakes professional blackjack player for many years. His book The Counter, while fiction, displays a profound knowledge of the game and what happens when a player gets “too good.”

For the last two decades, I’ve lived what many would consider the American dream, earning big bucks while working only part-time. My profession? Card counter. My office? Blackjack tables all over the world. Incredible perks accompanied my vocation–ringside boxing tickets for the big fights, offers to play golf with celebrities, front row seats to sold-out shows, and gourmet dinners at the finest restaurants. Though I enjoyed these epicurean experiences, the comps were strictly a side benefit. I chose this unusual line of work for only one reason–to make money. Easy money. And I succeeded, becoming one of the top blackjack players in the country.

How did I win in a game where everyone is expected to lose? Or more importantly, is it possible for a reader like you to follow in my footsteps and routinely withdraw money from casinos? Contrary to what some people believe, you don’t need to be a mathematical genius or play on some highly capitalized team to become the predator instead of the prey in blackjack. Rather than rehash the basics of card counting, I’ll show how my career refutes these two common misconceptions and how discipline, drive, and persistence were the ticket to my success. These qualities ultimately separate the few who actually make a living at blackjack from those who frequent the glitzy temples of chance only to help pay the light bill.

The typical Hollywood myth portrays professional blackjack players as walking databanks–“Rain Man” clones with incredible photographic memories. The truth is that anyone with an average aptitude can learn to count cards and become a winning player. I do possess an exceptional memory, but my main strength was a dogged tenaciousness. I read everything by gifted players who came before me: brilliant men like Uston and Wong. I absorbed their advice and refined it, extracting every last ounce of theoretical edge card counters can gain over the house. Then, before ever setting foot in a casino, I disciplined myself to play like a machine, honing my skills with over a hundred practice hours at home, drilling relentlessly until all decisions and calculations became as natural as breathing. For example, I practiced talking while rapidly counting down decks, pushing myself until I could eventually fly through 52 cards in 12-14 seconds.

Confident of my skills, I attacked any blackjack game up to six decks that offered good rules and great penetration, but I quickly realized that playing against one deck was the easiest way for me to beat the game. (Counting six decks is not more difficult than counting one, but the edge rarely rises as high and the win rate is usually lower in multiple decks.) However, some experts recommended playing only shoe games because pit bosses watched single deck so closely. A contrarian by nature, I refused to follow the herd and vowed early on to play only the very best games, and one and two deck offered the largest advantage for straight card counting. So while most counters flocked like lemmings to the shoes, I sought out hand-held games whenever possible. I still played some six-deck tables but disciplined myself to lay cash on the felt only for the strongest games, which meant that many days, I spent more time walking, in search of ideal conditions, than playing.

Another important quality a professional blackjack player needs is drive. To stay under the radar of casino surveillance, I constantly moved around. While most pros habitually returned to Las Vegas, I visited places off the beaten path, such as remote old gold mining towns like Hawthorne and braved slippery mountain roads to play at Lake Tahoe when they offered a lucrative “over/under 13” side bet.

In the last decade, I took advantage of the gambling explosion across America’s heartland and played numerous riverboats and Indian reservations. Mississippi combined high limits with the world’s best single-deck blackjack. A casino in Minnesota made me an offer I couldn’t refuse, and I spent a week playing a sensational double-deck game with special rules. Once, I drove all night from Chicago to take advantage of a 2-to-1 promotion on blackjacks, 800 miles away in Vicksburg.
Finding the hottest clubs took hard work and extra effort. In my pursuit of profitable games, I traveled all over the world to places like the Dominican Republic, where I played private tables in small, dirty, and dangerous casinos. Needless to say, navigating other cultures is challenging and often unpredictable. I flew to the Orient when they instituted rare bonuses for five-card hands, only to get my winnings paid with counterfeit money by one casino. I made only one gambling trip to Europe, but it was profitable as I pounded several clubs in Belgium offering an advantageous early-surrender rule.

It wasn’t in search of extra frequent flyer miles that I journeyed to these distant destinations. Like other counters, I still made periodic pilgrimages to the gambling Mecca known as Sin City. To beat blackjack on a consistent basis required hard work and a willingness to boldly go where few had gone before, in search of the very best games. Card counters need a great deal of perseverance and persistence to overcome the many obstacles facing them. Admittedly, the heat and scrutiny from casino personnel burned more intensely in the single-deck games, but I was never easily intimidated. (Once, I drove a motorcycle, in graduation cap and gown, through the halls of my high school–just to win a small bet.) My high-stakes play got me barred from many clubs all over the world, and I was kicked out over two hundred times. And I don’t wear that distinction as a badge of honor. It was never any fun to get 86’d and to see another lucrative game disappear.

But, the bottom line for me always remained the same–I played to make money, not friends. I viewed barring simply as a vocational hazard. If you’re a strong winning player, then you’re a threat, and casinos typically will boot anyone who challenges the first commandment of gambling–the house is always supposed to win. I’ve seen many counters so paranoid about getting kicked out that they failed to bet big in critical positive situations. This timidity gave them longevity but at too high a cost, since they rarely gained much of an advantage over the house. Other players, barred once or twice, thought their careers were over and simply gave up too soon. A relentless personality is almost mandatory to succeed in this business.

The other misconception I mentioned earlier dealt with whether you could win serious money on your own in blackjack. I seldom played on teams during my career, preferring instead the lone-wolf approach to attacking the tables. Many profitable blackjack teams with huge war chests have raked in a steady stream of chips. But for individual players, I’ve made more money than almost any other card counter flying solo–because I won over one million dollars in single- and double-deck blackjack games alone.

However, I still occasionally joined up with other counters, and the first blackjack team I ever played on did teach me something I needed to learn–the casino is a battlefield, and only one side can win. The leader of that team sometimes forced new players to go back to the same casino, same shift, the very next day after being kicked out. While I considered his policy foolish, it was an effective object lesson. If you choose to count cards for your career, you have to be mentally tough and willing to endure harassment in order to succeed.

I didn’t agree with that team’s approach and soon left. For a while I played with the infamous Czech team and also tried a few ventures with some of Ken Uston’s old cronies. These groups had huge bankrolls, and once I won $20,000 in thirty minutes only to lose it all back along with another twenty grand within the same hour. Sharp people like Tom Hyland have done very well organizing groups of eager players and launching them on casinos. While more money can be made, potentially, by joining a well-oiled team, there are several negatives. Often, too many fingers in the pie creates problems, such as the time I played six days on one team and won nearly fifty grand. My take? A measly $2,100, because a couple of below-par players diluted everyone’s share. Skimming and incompetence also plagued numerous teams, and many bankrolls were gutted by someone’s cocaine habit or greed. There is just something about gambling for large sums of cash that can bring out the worst in people.

Therefore, I feel a focused player can do fine on his own and is better playing individually than joining up with other counters. Although many of the highly profitable hand-held games have disappeared in the last few years, I’ve shared my experiences in single and double deck in this article because the principles for success in blackjack (or in any other business endeavor) remain the same–you have to be willing to go the extra mile and work extremely hard to find the best opportunities. For as long as the game of blackjack has been dealt, there have been legal ways to turn the odds and beat the house. And even though conditions are deteriorating, I believe the creative and disciplined players will continue to find the game’s weaknesses and exploit them.

Very few jobs in the world offer the potential of clearing ten grand by working only one long weekend a month, but it’s extremely difficult to actually become a winning card counter. I taught myself from a book, but for every successful blackjack player, countless other casualties litter the roadside with empty wallets. To many, my vocation seemed glamorous and “James Bond-like,” but in reality it’s a damn hard way to make easy money. 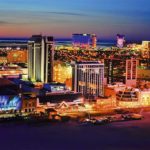 The Man Who Broke Atlantic City 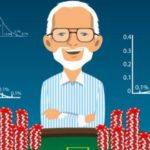