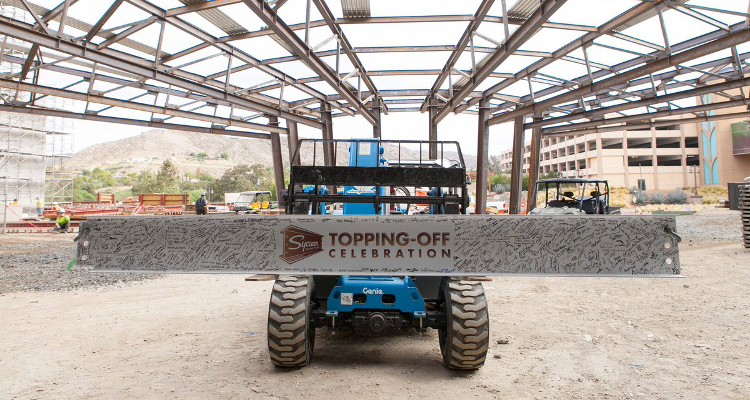 In southern California, Tuesday saw the federally-recognized Sycuan Band of the Kumeyaay Nation hold a ‘topping-off ceremony’ as the final beam was lifted into position as part of the $226 million expansion of its Sycuan Casino.

Began in March 2017, the redevelopment is set to see the San Diego County facility add a twelve-story hotel complete with 300 rooms, seven restaurants and a 12,000 sq ft ballroom. The scheme is part of the Sycuan Band of the Kumeyaay Nation’s attempt to transform the 34-year-old venue into a Las Vegas-style casino resort and will also include the addition of a spa and fitness center, more gaming space, an adjacent 1.5-acre garden and a pair of pools.

The Sycuan Band of the Kumeyaay Nation explained that the new hotel and resort is due to open from March 2019, while it intends to host several job fairs later in the year in order to fill the estimated 700 new positions the expansion will create.

The May 22 ceremony saw Cody Martinez, Chairman for the Sycuan Tribal Council, join with the venue’s General Manager, John Dinius, in thanking all those that had helped bring the expansion project this far including the Swinerton Project Management Team and the tribe’s own Sycuan Casino Executive Team.

“Without the support of our people, we would have never been able to get this project off the ground,” read a statement from Martinez. “I want to thank the members of our tribal council, the Sycuan Casino Executive Team, the Swinerton Project Management Team and everyone that is here bringing together the vision that is going to take Sycuan Casino to the next level.”

Located approximately 24 miles east of downtown San Diego, Sycuan Casino began life as a modest bingo hall in 1983 but has since grown to encompass a large casino offering some 2,000 slots and over 40 gaming tables. The enterprise moreover already hosts the GameDay Sports Bar and Grill as well as its 452-seat Sycuan Live and Up Close entertainments venue.

“Seeing this project go from two-dimensional paper drawings to what we have now is truly inspiring,” read a statement from Dinius. “It’s been a monumental task but with the collaboration of every aspect of our organization it’s a very rewarding process.” 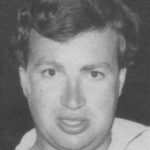